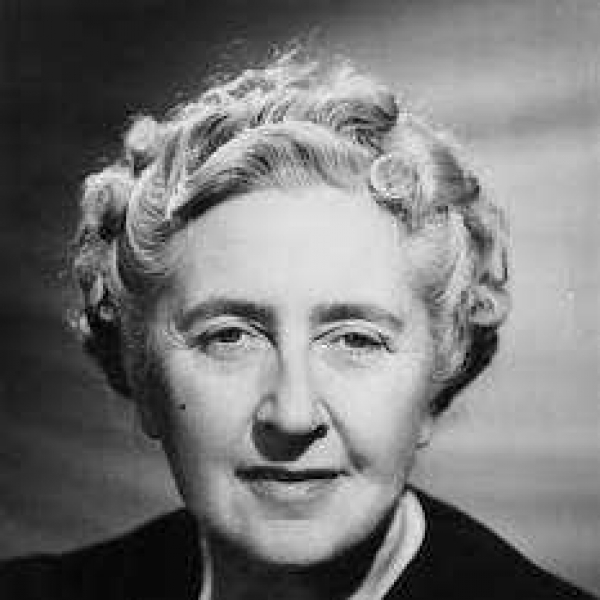 Agatha Christie a writer of Murder Mystery books was known as the Mystery Lady. It was during the year 1927 that she herself disappeared for a while. This was a difficult time for Agatha. Her husband had an affair, and divorced her. Also Agatha had got into debt. Due to these circumstances she had an emotional breakdown, and could not be found for ten days. She then reappeared in a Hotel in Harrogate, claiming she had suffered from amnesia caused by her breakdown. There was a headline in the Daily Sketch newspaper that read ‘Mrs Agatha Christie Found Alive'. Some thought that the puzzling disappearance was in fact intentional so she could escape from the public eye for a while.

Agatha had become weak and could not face writing. To get away from it all she decided to take a trip to the Canary Islands with her twelve year old daughter Rosalind, and her secretary Charlotte Fischer.

She arrived at the port of Santa Cruz de Tenerife on the 4th February 1927, aboard a ship from the Union Castle Mail Steam Ship Company. She travelled to Puerto de la Cruz; there were no hotels there, as Puerto de la Cruz was just a little Fishermen’s village. In the centre of the village accommodation could be found in the old mansions, which were being turned into guest houses for the tourists that were now visiting the Island. Among these mansions were the Hotels Martianez, Monopol, and Marquesa. The Hotels are still there accommodating tourists to this day. 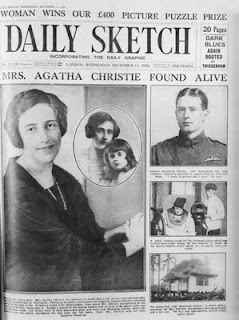 Agatha Christie Daily Sketch HeadlineAt the time of Agatha’s visit there was one Hotel called Hotel Taoro. This was situated on a hill in Puerto de la Cruz. It was a luxury hotel with elaborate décor, and modern comforts of that time. The hotel was surrounded by typical English gardens, and lawns. Agatha found that by walking around these beautiful gardens she could concentrate on taking notes for her books. Most of her book titled ‘The Mystery of the Blue Train’ was written while staying on the Island, and it was while finishing this particular book that Agatha first realized that her writing had in fact become her job. She decided to pay off her debts with the sales from the book.

Agatha based another story ‘The Man from the Sea’ on a particular setting in Tenerife. This short story is in her book ‘The Mysterious Mr Quin’, and is based around the estate of La Paz in Puerto de la Cruz. The house was the holiday home of the famous Cologan family. She used the country estate as the setting to write this short story.

Tenerife’s perfect weather was known to have an improvement on people’s health, especially any condition to do with the lungs. Agatha found her own pastimes on the Island that proved good for her health, relaxing in the sea baths, and enjoying being outside in the steady temperatures and mild trade winds.

The beauty of the botanical diversity that Tenerife has, with the Islands variety of assorted trees, flowers and shrubs, and the majestic El Teide looking down on it all gave Agatha a lot of enthusiasm for her writing. The spectacular landscape and the peace of the Island helped the writer to continue with her career.

Agatha thought Orotava was lovely; however she did not like the mist and fog that came down from the mountain. Her other dislike was that she found some of the beaches were unsafe for swimming. Agatha made a decision to try one of the other Canary Islands and set off to stay on the Island of Gran Canaria.

To this day the people of Tenerife are very proud that Agatha Christie stayed on the Island. There is an International Agatha Christie Festival that takes place in Puerto de la Cruz once a year. The murder mystery festival has a variety of events; these include theatre productions in Spanish and English, book presentations, music, lectures, and film shows. There are even English afternoon teas.

The festival is relatively new compared to Tenerife’s traditional festivals. Christie fans arrive from all over the world, but particularly from Britain. Agatha would never have thought her stay back in 1927 would have created such an interest; she bought a little bit of England to Tenerife.