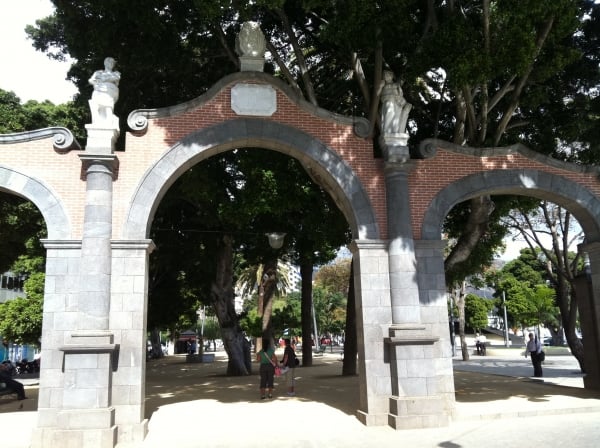 The city is bustling and modern and has the feel of a real Spanish city. The suburbs spread to the Anaga mountains to the north of the city, and spreads southwest wards to the Cumbre Dorsal.

Santa Cruz shares the governance of the Canary Islands with Las Palmas on Gran Canaria, and is one of the largest ports in Spain.

The city’s history goes back to arrival of the Conquistadors from Spain; it is on the coast at the site of the present day Santa Cruz that they landed in 1493.

Only a small minority of the tourist that come Tenerife visit Santa Cruz, as it is quite a way north east of the main tourist resorts, but this is a shame, as a visit to the city make a very interesting day out. It has a sea front promenade, shops, museums and leafy squares with cafes and terraced where you can enjoy a drink. Many cruise ships come to the port and so it has adapted for this tourist trade.

Santa Cruz enjoys the status of a ‘Free Port’ which means it can sell its goods duty free, so offers the shopper many bargains. Travel agents offer shopping trips, but these are usually only for half a day as the shops close at 13:00. You can hire a car to visit, but parking can be a problem, you should arrive early and use the underground car parks at Plaza Espania. You can also use the bus services that run from the resorts half hourly.

Santa Cruz is the venue of the biggest carnival outside of Rio de Janeiro. The Santa Cruz Carnaval is held every year on Shrove Tuesday.

Must See in Santa Cruz

Mercado de Nuestra Senora de Africa: colourful market with a genuine Tenerife flavour selling fruit, meat, and vegetables. There is a busy flee market every Sunday in the surrounding streets.

Museo Militar de Almeyda: military museum with a section dedicated to Nelson's failed at attack on the city in 1797. On display is the canon (El Tigre) that allegedly shot Nelson in his arm, which was then amputated.

Where is Santa Cruz

Santa Cruz location on Tenerife is marked on the map below.