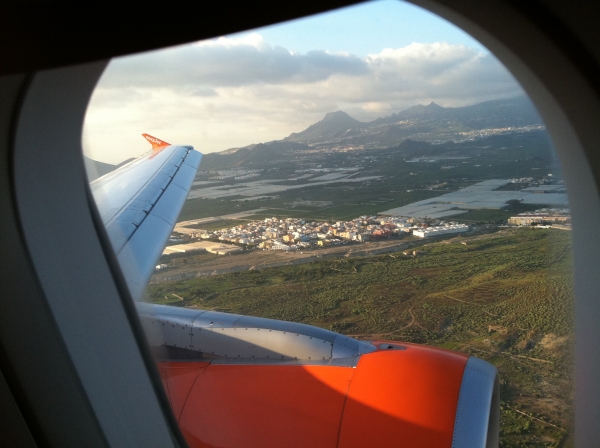 By air: You can get to Tenerife from many European counties direct by air. You can fly by cheap no frills carriers from the UK with the likes of EasyJet and Ryanair, also other airlines that fly direct to Tenerife in clued British Airways, Monarch, Aerligus and Jet2. Other charter airlines also operate from the UK including Thomas Cook, TUI and First Choice.

Almost all flights from the UK go to Tenerife South Airport (Reina Sofia), there is also an airport in the North of Tenerife which is serviced by British Airways scheduled flights from London Heathrow. North Tenerife airport mainly services flights from the Spanish mainland and most international flights go to Reina Sofia in the south.

If you are flying from North America, Australia or South Africa you will have to fly via Madrid on the Spanish mainland.

At Reina Sofia there are car hire facilities, buses and taxis. Playa de las Americas is about a 30 minute drive from the airport and Puerto de la Cruz is about 1 hour 45 minutes. Regular bus services run to all the resorts in the south and to Santa Cruz.

By Sea: The only ferry to Tenerife from Europe is from Cadiz on the Spanish mainland, although there are many cruise ships that stop by.