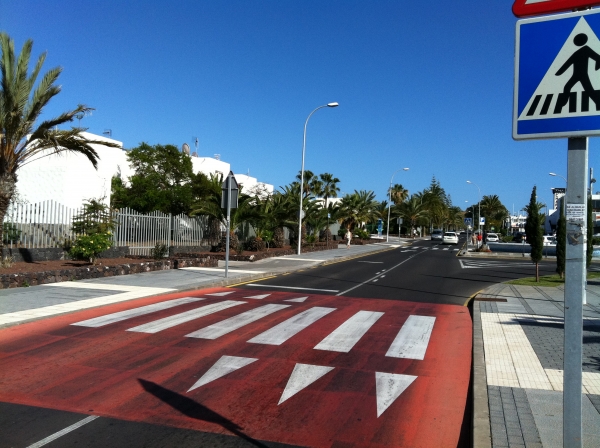 Tenerife is not a big island, but driving can be slow on the often winding and narrow roads especially on the mountain roads. The exception is the TF1 motor way which connects the island from Santa Cruz to Playa de las Americas in the south and Puerto de la Cruz in the north.

There is a good bus service operating all over the island and is operated by TITSA. The bus service connects the towns and villages, but often the bus service does not go in to the towns and you are dropped off at stops along the TF1 motorway. You may then need to get a local bus, if there is one, walk or get a taxi. Busses do go into the main towns, but check by getting yourself an up to date bus map.

Driving is on the right in Tenerife. The speed limit is 40kph in the built up areas, 100kph on main roads and 120kph on the motorway. Seat belts must be worn by all passengers including the ones in the rear. Traffic offence fines can be very high and as a foreigner you may be forced to pay on the spot. Beware of some drivers who may be impatient to pass you, especially on the mountain roads, they have knowledge of the roads, you don’t, and there are some perilous drops. The condition of the roads is very good.

Entering the motorway can be a bit nerve racking as the motorway only has two lanes and very short entry slip roads, always give way to the traffic on the motorway  and don’t assume they will move over in to the outside line to allow you entry to the motorway. Petrol is a lot cheaper than the UK and the Spanish main land due to the special tax status of Tenerife. Petrol stations are available 24hrs in the main towns and are plentiful on the main roads, but many close on Sundays and public holidays. Make sure you have a full tank if you are driving into the mountains as there are few petrol stations in the remote areas.

Walking on Tenerife is growing in popularity with superb walks on the Parque Nacional del Teide and the Anaga Mountains. New trails have recently been opened for hikers and walkers.

Cycling is a great way to get around the island, you can hire bikes in the most visited areas. You will need to be fit to deal with some of the mountain areas, but you can cycle around the coastal areas which are relatively flat. Make sure you carry plenty of water.