All About North Tenerife 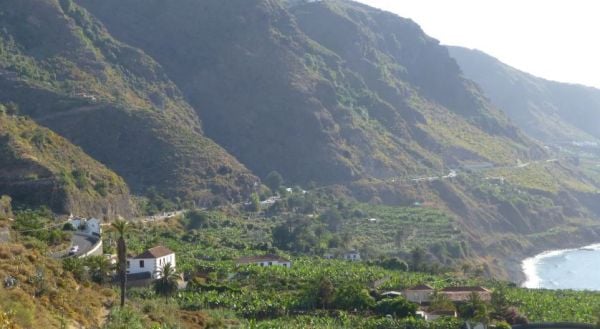 North Tenerife is without a doubt the most attractive part of the island, but it is cloudier and wetter than the arid south. These conditions are created by the trade winds from the Atlantic getting trapped by the mountain and rising and cooling to form cloud. This allows for the growth of subtropical plants such as bananas.


The scenery change from the south is quite dramatic, with lush vegetation and green mountain sides that bear testament to the rain fall this side of mount Teide.


This part of the island, especially around the Orotava valley and Puerto de la Cruz, is prone to cloud cover even in the summer months. In winter, particularly January and February, you could be seeing more cloud and rain than sunshine. So if you are looking for winter sunshine then you will be better off going to one of the resorts on the south east or south west coasts. If the sun is not important, this part of Tenerife has much to offer.


This northern strip of Tenerife is the most interesting for the visitor to Tenerife with low key resorts, historical towns, fishing villages, weird trees, banana plantations and rugged mountain terrain.


The main resort along the North Tenerife coast is Puerto de la Cruz, which is an interesting town that has preserved some of the charm of its old centre. It also suffers from modern tower block hotels that were built in the 1960’s tourist boom, but the old town is very pretty. It is also Tenerife’s second most important town after Santa Cruz.

The old town of La Orotava is situated up the hill side and has preserved its historical centre with its colonial houses and public buildings. The town is the best historically preserved in the whole of the Canary Islands, with marvellous houses and mansions built in the 17th and 18th centuries.


Icod de los Vinos is as its name implies is the wine making centre of Tenerife. It also has a Dragon Tree that is reputed to be over 1000 years old; the tree alone pulls in the visitors from all over the island.


Further west is the old capital of Garachico, which was Tenerife’s largest port until it was destroyed by a volcanic eruption in 1706. None of the original town remains from its commercial heyday, however it is today one of Tenerife’s most charming small towns.


Masca is truly one of the must visits on Tenerife. It is a tiny hamlet with no traffic and some absolutely dramatic scenery. You can hike down to the sea and back, which will take 6 to 7 hours!