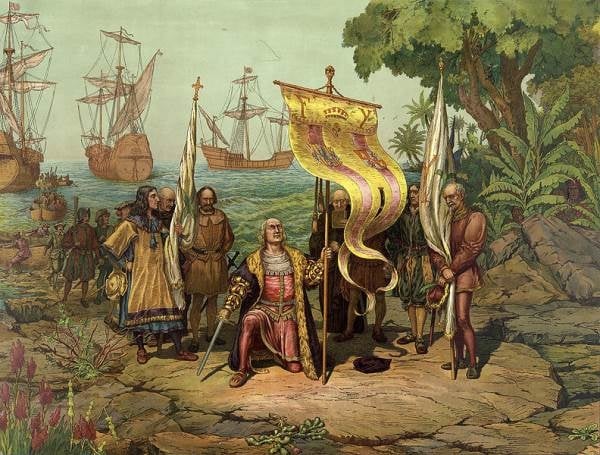 Christopher Columbus, the Italian explorer and discoverer of the New World, had many connections with the Canary Islands.

In August 1492, Columbus set sail from southern Spain to find a western route to the Indies, and also to prove the world was round, as many Catholic Theologians at the time were still insisting it was flat. Most educated Europeans however, had realised the world was in fact round since Aristotle’s work in the 4th century.

He first sailed to the Canary Islands, stopping at San Sebastian on La Gomera for provisions before setting out on the five week voyage across the Atlantic, where he discovered the Americas.

Columbus also came here to visit Beatriz de Bobadilla, who had been a mistress of king Ferdinand of Spain, with whom he had a romance and stopped here on his first three transatlantic voyages.

By the time of his fourth voyage Beatriz had married one of the islands most powerful men, so he wisely gave La Gomera a miss.

Columbus reportedly witnessed the volcano Mount Teide erupting on the island of Tenerife on his first voyage across the Atlantic in 1492, where he saw "a great fire in the Orotava Valley". It is apparent from carbon dating there was no eruption that year in the Orotava Valley, but there was from the Boca Cangrejo vent on the Santiago rift. 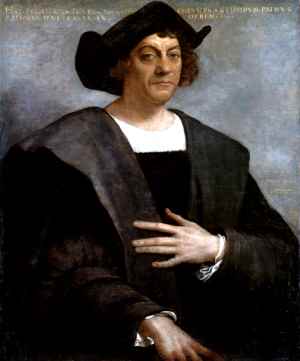