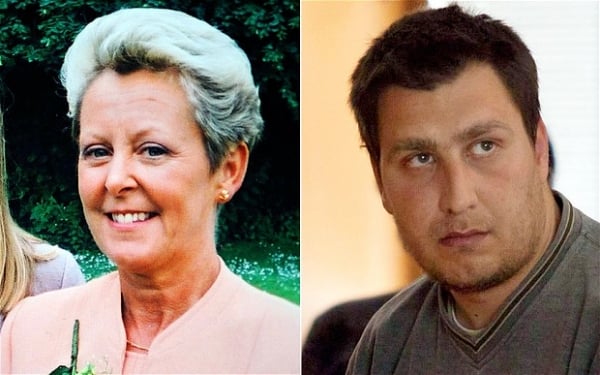 The man accused of beheading a British woman in Los Cristianos on Tenerife in May 2011 has been found guilty of murder today by a jury in Santa Cruz. He now faces a term of 15 to 20 years in a psychiatric unit.

The victim, Jenifer Mills-Westley originally from Norwich, had retired to Tenerife and was attacked in a supermarket in Los Cristianos near the beach.

The family of the victim have criticised the British authorities for the lack of support.

The perpetrator, Deyan Deyanov 29 from Bulgaria, was found guilty despite suffering from schizophrenia, as under Spanish law you can be convicted of murder when responsibility is diminished.

Deyanov told the court after his conviction through his interpreter "I am the second reincarnation of Jesus Christ and I will bring the fire of the Holy Spirit to bear against this court."

Deyanov told the court that he did not recognise himself on the CCTV footage and had no recollection of living on Tenerife. He has admitted using crack cocaine and LSD and was homeless at the time of the attack.

On the 13th May 2011, he went into the Mas Articulos Mejor Precios supermarket and attacked the victim with a knife, stabbing her repeatedly and then cutting off her head.

Deyanov claimed voices had told him he was "an angel of Jesus Christ who is going to create a new Jerusalem". He was well known to police and had been arrested for violent offences at least four times, and a warrant for his arrest had been issued three days before the attack.