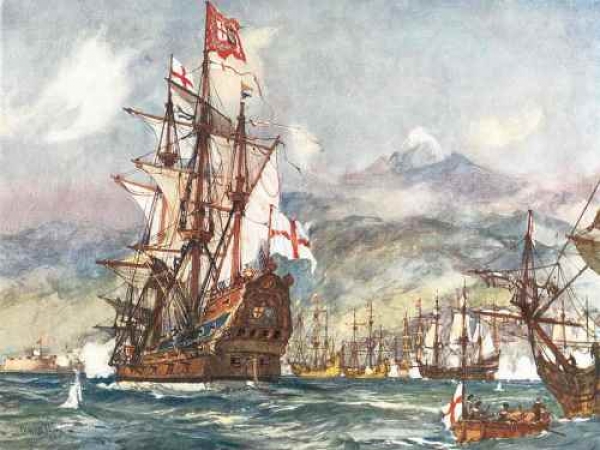 In April 1657, The Royal Navy, under the command of General at Sea Robert Blake, won a devastating victory over the Spanish at Santa Cruz de Tenerife in the Canary Islands during the Anglo Spanish War of 1654-1660. This defeat for the Spanish, the biggest since the loss of the armada in 1588, left the countries finances in ruins and forced her to abandon plans to invade Portugal.

The British had been at war with the Spanish since 1654, and Oliver Cromwell as Lord Protector had plans to capture the Spanish colonies in the West Indies. Part of this plan involved the capture of the Spanish silver bullion Treasure Fleet that sailed across the Atlantic every year between Spain and the Americas.

The capture of this fleet would cripple Spain financially ending its war effort, and at the same time boost the finances of the Commonwealth of England.

Blake set sail with his fleet of 46 ships in the spring of 1656, heading for the Spanish coast, but much to his frustration the Spanish refuse to do battle. He responded by sailing to the port of Cadiz in southern Spain, where the British blockaded the port for the winter of 1656-57 with the intention of intercepting the Spanish bullion treasure fleet.

The Spanish bullion fleet realised they could not enter the port of Cadiz because of the blockade, so the fleet was ordered to sail to the port of Santa Cruz de Tenerife in the Canary Islands, with the intention of completing the voyage under escort when it was safe to do so.

Blake received intelligence the bullion fleet was waiting in Tenerife and set sail immediately, arriving off the coast of the island on 18th April. After deliberating with his captains, it was decided they would attack the Spanish flotilla anchored inshore with 12 of their ships, with the remainder waiting further out to sea. 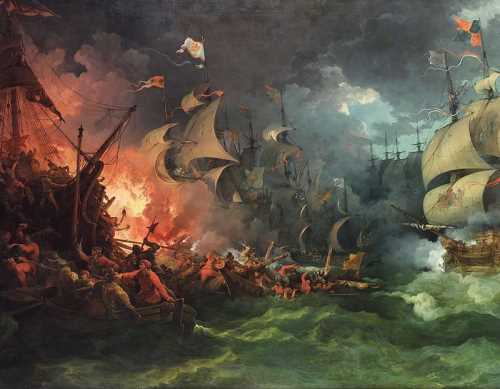 The British ships faced a formidable task; the port of Santa Cruz was heavily defended by gun batteries on shore, and the Spanish war ships were formed in line to be able to fire broadsides at the British as they approached. They nethertheless managed to enter the harbour and get between the lines of Spanish ships, destroying or capturing all the Spanish ships.

The Spanish had made a serious error by placing their inner line of ships between the batteries and the English. Five Spanish ships were taken as prizes and were taken under tow out of the harbour but it was extremely difficult to get them out to sea, and the unpopular decision was made to set them on fire and abandon them, with the loss of prize money for their capture for the crews.

The English ships all escaped with only one suffering heavy damage, but the major disappointment was the failure to capture the silver bullion, which the Spanish had moved ashore and hidden.

Blake was hailed a national hero in England, but died on the homeward journey when his ship was within sight of Plymouth, and was buried in Westminster Abbey with a full state funeral.

The Spanish now had no means of transporting the silver bullion from Tenerife to Spain, and the lack of finance fatally undermined her position in Portugal and Flanders. The victory also established England as a major sea power. 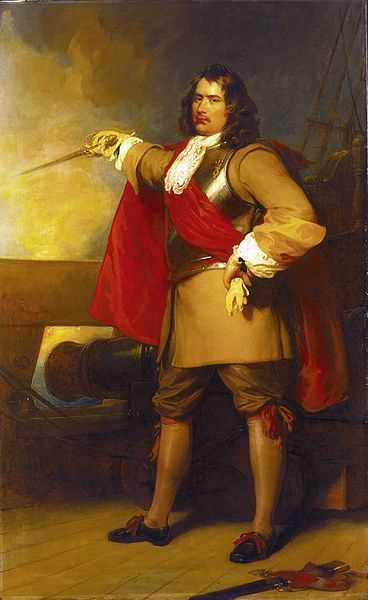