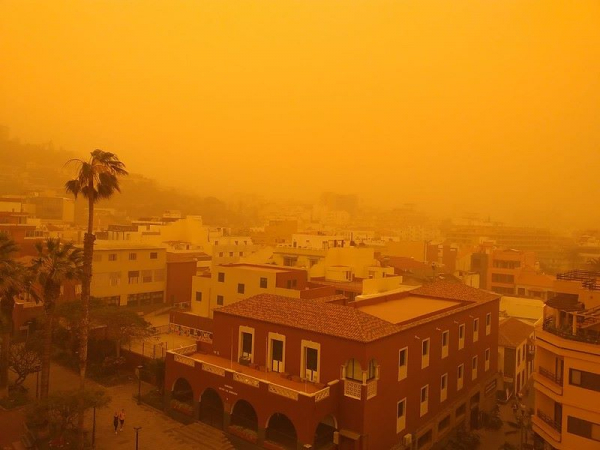 Update 11:39, 24th February 2020. Tenerife airports and the other Canaries airports appear to be operating normally. It now depends on your flight operator when the flight schedule returns to normal, as we have said Jet2 have cancelled all flights to the Canaries today. Please check with your tour or flight operators for the status of your flights. We are sure all flights will be back to normal tomorrow.


Update 10:44, 24th February 2020. Jet2 have just confirmed they will not be operating any flights to the Canary Islands today


Obviously flight schedules will not be back to normal for a day or two, so you must check with your tour operator or airline for details of your flights.


North Tenerife Airport (TFN) is busy now so looks like all is back to normal there.

We have also seen two flights depart from Tenerife South airport this morning, so the signs are good, the visibilty is much improved today, and the high winds have also gone.


Flights are also arriving and departing this morning from the other Canary Island airports, Lanzarote, Grand Canaria and Fuerteventura, but we haven't seen any activity at La Palma as yet.


Update 08:32, 24th February 2020. A flight has just departed from Tenerife South airport, so the signs are good that things are slowly getting back to normal. We still haven't yet seen any arrivals at Tenerife South Airport this morning (TFS), the first scheduled arrival is for approximatley 09:15 from Faro.


Update 09:03, 24th February 2020. There are several flights enroute to Tenerife South Airport this morning so we expect things to get back to normal today, the first scheduled arrival is for approximatley 09:15 from Faro.


Update 08:32, 24th February 2020. A flight has just departed from Tenerife South airport, so the signs are good that things are slowly getting back to normal. We still haven't yet seen any arrivals at Tenerife South Airport this morning (TFS), the first scheduled arrival is for approximatley 09:15 from Faro.


Update 07:52, 24th February 2020. It's been anounced that all Canary Islands airports are open with reduced capacity this morning. Official statement reads 'At this time, all airports are able to operate with reduced capacity. Check with the airline the status of your flight, because it can still be affected'. We haven't yet seen any arrivals at Tenerife South Airport this morning (TFS).


Update 23:06, 23rd February 2020. We have found a flight inbound to Grand Canaria from Finland, it is currently approximatley 55 minutes from Grand Canaria. This would sugest that LPA is now open to inbound flights again. You can monitor this flight from our live Canary Islands radar.


Update 22:47, 23rd February 2020. A flight from Madrid has just landed at Tenerife North airport. There are no flights we can see headed for Tenerife South airport at this time, but as the conditions have improved slightly, flights may resume in the morning, although the visibilty is still poor.


Update 22:20, 23rd February 2020. Another flight has just landed in the Canary Islands this evening, Iberia Express IBS3850 from Madrid landed in Lanzarote.


Update 22:08, 23rd February 2020. A flight has just landed at Fuerteventura, Iberia Express IBS3902 from Madrid, so it looks like the weather may be improving over the Canary Islands this evening.


For example, we have just monitored BA2702 from London Gatwick to Tenerife South divert to Faro in Porgugal. Other flights we have opserved have been divered to Malaga.


You can check the Tenerife South Airport Arrivals Board and the live airport radar.


The photos below were taken this afternoon in Puerto de la Cruz. 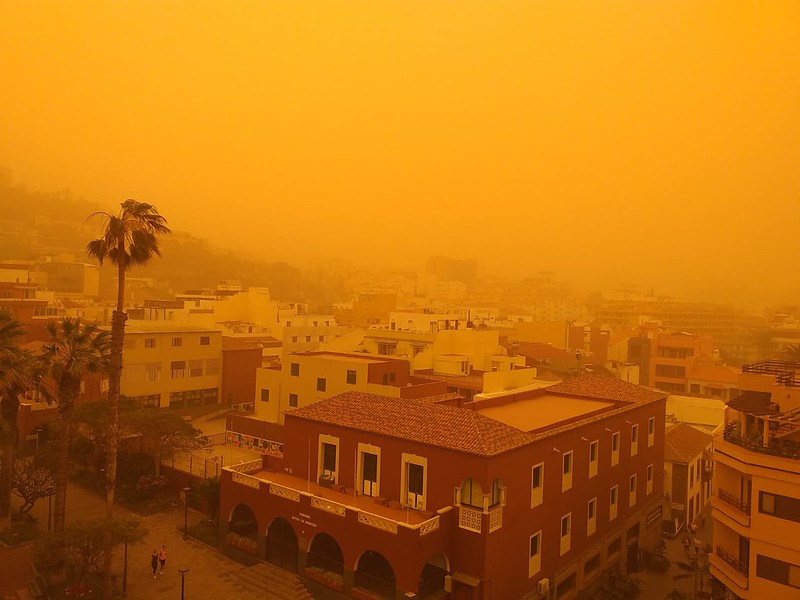 The weather here is truly appalling now, with very high winds and poor visibility due to the Calima sandstorm. See the pictures taken today, everything is a very weird orange colour caused by the sand in the air. This Puerto de la Cruz in the north of the island. 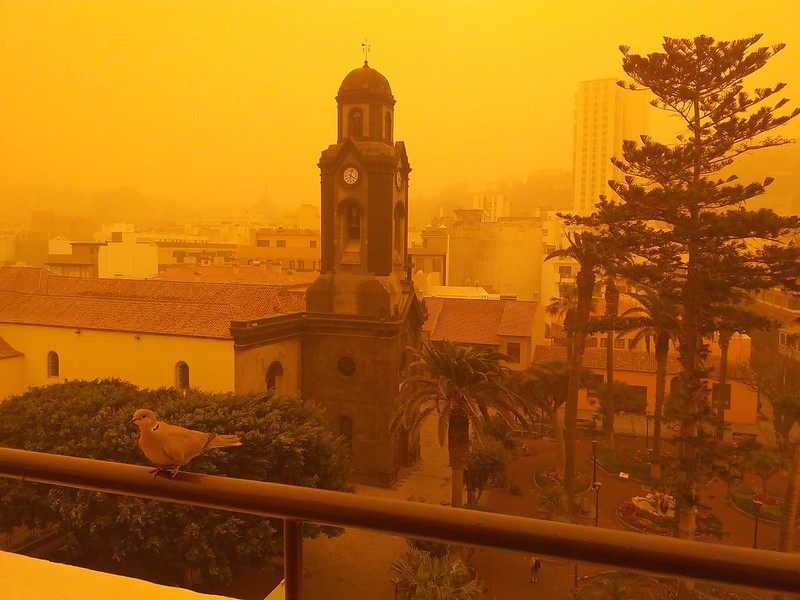 The advice is to check with your airline before heading to the airport if you are travelling to or from any of the Canary Islands today 23rd February 2020. 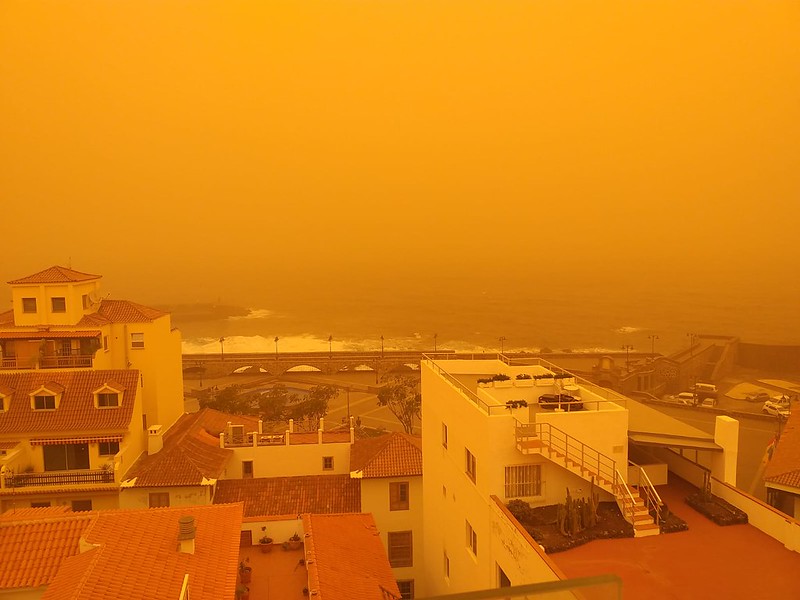