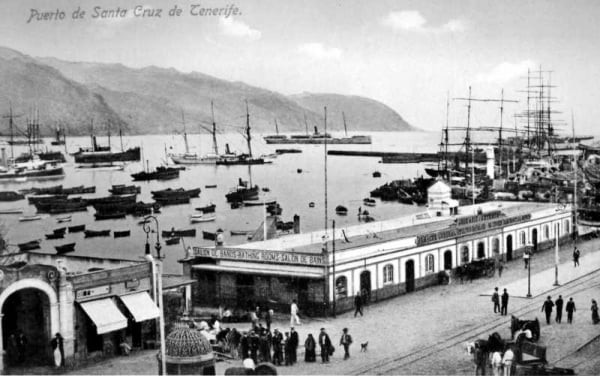 Ever since the Spanish conquest of Tenerife there have been extensive periods of emigration from the island, usually coinciding with economic downturns. Ships have always used the Canaries as a stopover on voyages between Europe and the Americas, making it easy to book a one way passage.

The most popular destination was Latin America where Spanish is widely spoken. Cuba was one of the earliest destinations of the Canarian emigrants, where they played an important part in the development of the capital city Havana, and of the famous cigar making industry.

In the eighteenth century several families left Tenerife and ended up founding the city of Montevideo in Uruguay, and the towns of San Antonio in Texas and San Bernado, Louisiana, USA.

When the Spanish civil war broke out in 1936, there was renewed emigration due to poor living conditions and the fear of reprisals, but this time the destination was mainly Venezuela due to its promising economic outlook.

The outbreak of WW2 led to the collapse of Tenerife’s economy as access to foreign markets was denied, and many thousands left the island in search of a better life. These included politicians, intellectuals, scientists, writers and artists, who were being persecuted by the Franco military regime, and went into voluntary exile. Many of them set up organisations in their adopted countries to fight for freedom and the restoration of democracy to Spain.

This migration continued up to the 1970’s, but had stopped almost completely by the mid 1980’s due to rampant economic development caused by the new booming tourist industry.

These days, with the continued growth of tourism and the prosperity this brings, there is a reversal of this migration, with many of the migrants and their descendants returning to the Tenerife, especially from Venezuela. There has also been a large immigration of people from northern Europe seeking to escape the cold weather and live in a warm sunny climate.