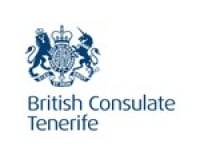 The British Consulate in Tenerife is located in the island capital of Santa Cruz de Tenerife on the north eastern coast. Santa Cruz can be accessed by car and bus from all the major resorts of the island.

The consulate is open to visitors Mondays, Tuesdays and Fridays from 8:30am to 1:30pm, excluding public holidays. Consular phone lines are open from 8:00am to 4:00pm.

You can apply for an emergency travel document (sometimes known as an ‘emergency passport’) if you’re a British national outside the UK and your full validity passport has been lost, stolen, damaged or has expired.

To apply for emergency travel documents from Tenerife click the link below to book an appointment.

This article was by written Peter Allan

Peter fist visited Tenerife in 1982 staying in Puerto de la Cruz, and is now a habitual visitor to the island having become fascinated by its diversity, spending in excess of 8 weeks a year there. He has travelled all around the island staying in the lesser known resorts and towns, and has a particular interest in the history of Tenerife.

More in this category: Tenerife Security and Emergency Services »
back to top