All About South Tenerife 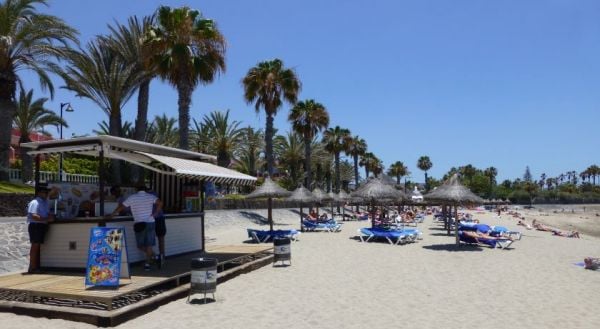 Until the 1960’s South Tenerife was for the most part deserted. Then tourism arrived, the potential was fully exploited, and mass development has continued ever since.

The south of Tenerife has a barren landscape and has very few scenic attractions, but the area’s big advantage is its weather. The coast of south Tenerife has almost year round sunshine, whereas inland can be wet and cloudy, and the Northern resorts of Tenerife don’t enjoy the same amount of sunshine due to cloud cover accumulating under mount Teide.

The difference between the lush subtropical north, and the barren south and centre can be quite a shock, but this climatic and geological contrast adds to Tenerife’s fascination.

The main resorts of the south west of Tenerife are Playa de las Americas, Los Cristianos and Costa Adeje. Los Cristianos was once a poverty stricken hamlet and barren volcanic desert, but Playa de las Americas and Costa Adeje were built as resorts from scratch. All three resorts have now merged to form a huge tourist urban playground of apartment blocks and hotels which sprawl up the hillsides.

There is a huge variety of restaurants, bars and clubs for the younger fun seekers. There are also a number of theme parks that are very popular with families and these can be easily reached via free shuttle busses. If water sports are your thing you won’t be disappointed as there is a full range of water sports available.

Further north along the coast are the quieter resorts of Los Gigantes and Puoto de Santiago, which are set against huge volcanic cliffs. The landscape inland is barren and uninspiring with a couple of notable exceptions at Masca and Barrance del Infierno, which are superb for walking. If you like walking, you can walk from the village of Masca, down the Masca gorge to the coast and then catch a boat along the coast to Los Giganties.

Many come to South Tenerife for the sunshine only, which is a shame as the North of Tenerife is full of culture and natural wonders.