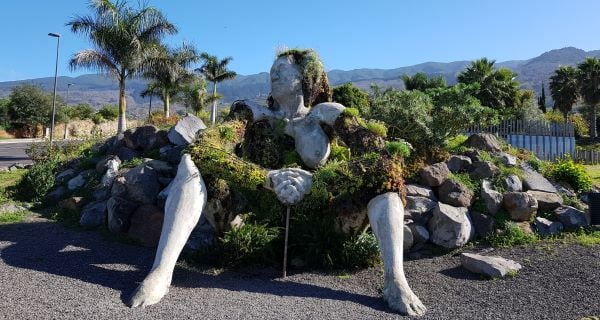 Santa Úrsula is not a resort but a small residential town with one high street with some shops and a few café bars. There is a smart modern residential area called La Quinta on the opposite side of the TF-5 motorway to Santa Úrsula, which is accessible by foot bridge, where the four-star hotel La Quinta Park Suites is located. The area would suit people looking for a very quiet holiday away from the tourist resorts.

The La Quinta area of Santa Úrsula is quite hilly so may not suit everyone.

As Santa Úrsula is not a tourist resort the restaurants serve mostly local dishes, however there are Persian, Italian and Chinese restaurants. There are no international restaurant chains such as McDonalds nearby.

Places to Stay in Santa Úrsula

Santa Úrsula is close to the coast but is elevated 300 meters above the cliffs so there is no beach here. The closest beach is Playa Bollullo which is a small black sand beach with limited facilities, but there is a restaurant here and car parking. The sea here can be quite rough and my not suitable at times for swimming or for children.

The nearest tourist beaches are in the resort of Puerto de la Cruz 10km away, which you can drive to or catch a bus.

As Santa Úrsula has a four-star hotel in the modern residential area of La Quinta. The only amenities close the hotel is a small commercial local consisting of a Tasca bar restaurant and small supermarket.

Where is Santa Úrsula?

Santa Úrsula is located in the north of Tenerife about 300m above sea level. The resort of Puerto de la Cruz is the nearest tourist centre to Santa Úrsula, the distance is approximately 10km by road.

How far is Santa Úrsula from Tenerife South airport?

Places to Stay in Santa Úrsula