Most tourists to Tenerife have no idea that cigars are made by hand on the island, and tabaco is grown here in the hills. Cigars have been made since the 1700’s in the Canary Islands and modern day brands include the Goya and Peñamil , the locals call Tenerife cigars ‘Puros Tinerfeños’, this translates to ‘Pure Tenerife’.

The climate on Tenerife is warm and subtropical and is well suited to the growing of the Tabaco plant, this is especial true in the area of La Laguna high up in the hills. Cigar making is an important industry for the city and is famous for the hand rolled cigar made from a single leaf known as the palmero. Tabaco grown on Tenerife is known by experts to be some of the best in the world.

Tenerife has experienced many episodes of mass migration to the Americas and Cuba over the centuries during times of crisis. Many Canarios emigrated to Cuba during the 1970’s international economic crisis, which was caused by the oil crisis that then slowed down the development of the tourist industry on the island, and have since returned bringing with them the skills to make the finest cigars.

Canary Island immigrants to Cuba were the driving force of the cigar industry in Cuba and many of them owned cigar factories. Many returning Canarians were cigar factory owners, like the Garcia family, and open factories on Tenerife.

Cigars are made in many towns on Tenerife, such as Garachico in the north,  and you can visit some of the small shops where you can watch the cigars being made. I have to tell you I don’t smoke cigars anymore. 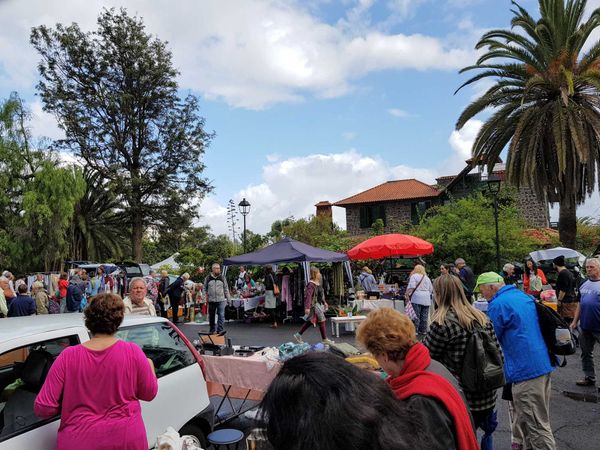 Today we went to our first car boot sale on Tenerife. We have been sellers at car boots sales in the UK many times and didn't know what to expect here. There had

Tenerife has eleven beaches awarded the coveted blue flag for providing safe bathing conditions. Two other beaches are awarded the blue flag only during the high season due to the withdrawal of some