Beekeeping is still a skilled craft, and has for so long been a part of the Island. It is a difficult business with the hives being small, and some of the locations where the honey is collected from are mountain regions.

Tenerife has a variety of unique flowers on which the bees feed to produce the many contrasting honeys from the Island. The quality of the honey has a taste of its own. This is due to the variety of different soils, the area where the honey is collected, and the good work of the beekeepers.

“The House of Honey”

La Casa de la Miel is a Honey museum this is an unusual museum to have on the Island. The honey industry is very important in Tenerife, and the museum educates the public about the production of honey. The centre also offers the beekeepers training and services to keep this age old tradition going. 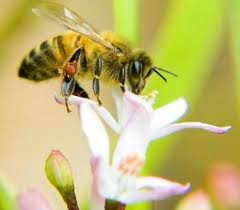 Casa de la Miel also organises a honey competition, and last year there were ninety four samples in the competition altogether from the Canary Islands. Fifty eight of the samples came from Tenerife.

If the label on the honey jar is a ‘Miel de Tenerife’ label and has a graphic showing Tiede National Park, this means the honey has been produced on the Island and has been properly treated and processed.

Tasting tests would have been carried out by the honey museums committee and the honey meets all the quality controls. Most importantly, you will have purchased a honey that has been given a unique flavour by the flowers and bees of Tenerife.

I love the TV comedy series Fawlty Towers, and have discovered a way to avoid the not so good hotels in Tenerife. Go onto the internet and type in ‘Fawlty Towers in Tenerife‘

The Director General of Security and Emergency for the Canary Islands has ended the alert for high winds on Tenerife as of 18:00 hours on Tuesday. The alert for adverse sea conditions