Over the last week of so I have seen numerous articles appearing on the internet about Tenerife being awarded a certificate as a ‘Starlight Reserve’ buy the Starlight Foundation.

But try as I might, I cannot find any ‘official’ recognition of the alleged awarded certificate anywhere. The Starlight foundation site seems to have been setup for an event on Tenerife that was held way back in 2011, the very successful  Starmus Festival, but  there are no recent updates I can see at all about awarding Tenerife special status regarding stargazing.

The blogosphere is busy with articles about this apparent award and indeed one national newspaper, namely the Daily Mail, but I can’t find any confirmed official award.

Anyway, this shouldn’t detract from the fact that Las Cañadas caldera high on Tenerife is a fantastic location for stargazing. The atmospheric conditions for observing the stars are as good as anywhere else on the planet.

We have star gazed from the Las Cañadas caldera ourselves, and can confirm what an amazing and awesome location it is to watch the night sky without any problems caused by light or air pollution. The number of stars visible is breath taking and the sky is literally a carpet of stars.

If you fancy stargazing one night you can drive yourself up to Mount Teide in the Las Cañadas caldera and park up at one of the miradores. Or you could go on an organised excursion where you can take the cable car up to the top of Teide and watch the sunset, or do was we did and spend the night in the Paradore Hotel situated in the Caldera itself.

The Teide Observatory on Tenerife opened in 1990, although there has been a telescope on the site since 1964, and was used by Brain May of the rock group Queen to study for his PhD in astrophysics.

If anyone does find the official notification of the Starlight award to Tenerife, please let me know. 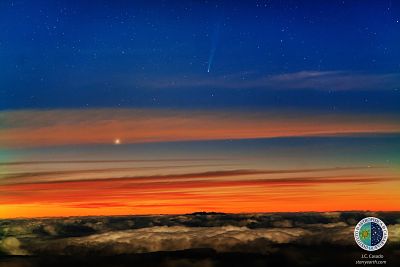 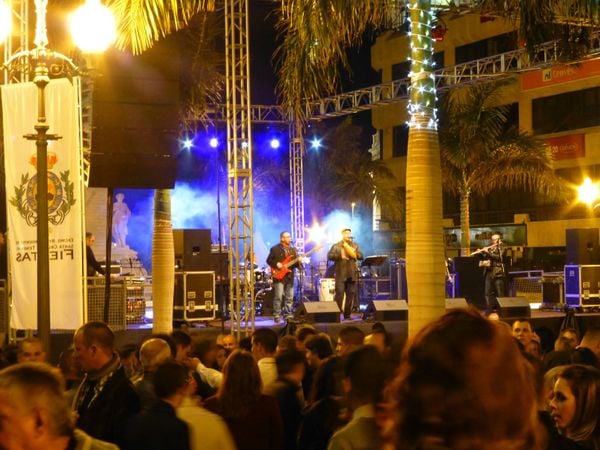 We’ll, this year we spent our New Year’s Eve in Santa Cruz de Tenerife to celebrate with the locals, and what fun it was. We spent the build-up to the midnight

If you are on Tenerife on Sunday 3rd November you are in for a rare treat. There will be a 40% partial solar eclipse over the island starting at proximately midday, lasting through